We recognize that we have an important stake in helping address the environmental challenges the world faces today. Two of the projects currently underway are increasing the energy efficiency in production and delivering more environmentally conscious cooking solutions to under developed communities. 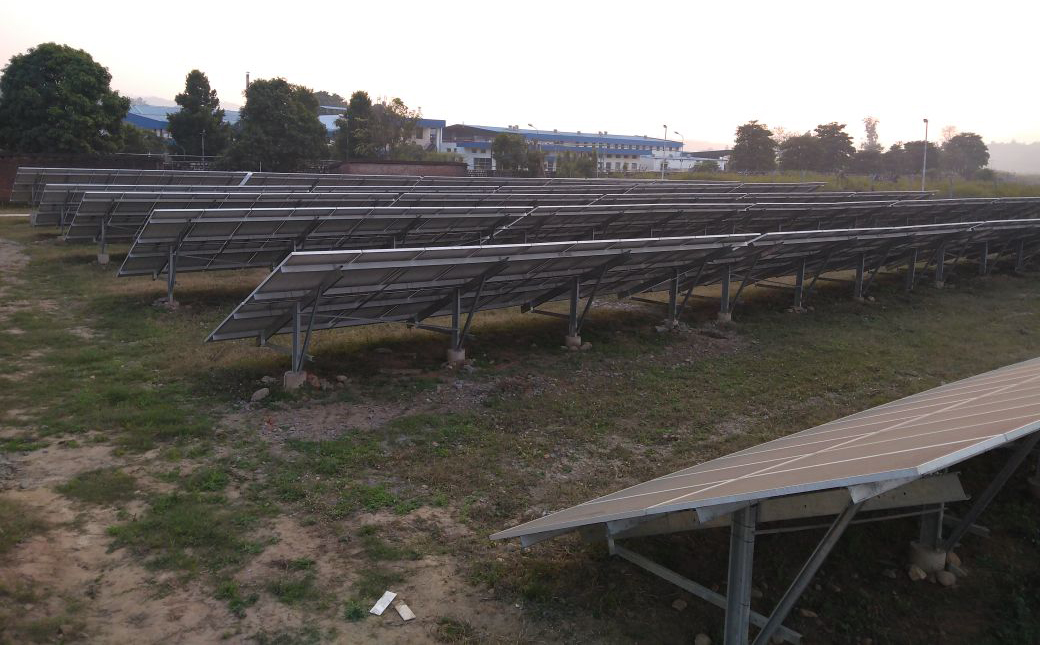 Himalayan Water is bottled at base of the Himalayan Mountains in the foothills of the Shivalik Range. With an eye on the environment, we are harnessing the power of the sun and have installed a field of solar panel that provides 630 kilowatt hours of energy to the bottling plant. This means that 25% of our production is powered by the sun. This has led to a reduction of our carbon emissions by 18%.

In developing regions around the Himalayan Mountains, 82% of households depend on wood for cooking their daily meals. In most homes, women are responsible for meal preparation and will spend up to six hours a day venturing out to collect fuel. Once collected, cooking fires are built in their homes creating high levels of smoke in their living environment. The smoke is not only inhaled, but also released into the atmosphere as CO2.

When a home transitions from an open fire to a cook stove, the amount of smoke generated by that home decreases by 80%. The stoves simple design creates a 60% more fuel efficient cooking source. Along with health and environment benefits, the time spent on meal preparation is reduced by 50%; allowing the women in the household to contribute to their family’s income and well-being in other ways. All of these benefits lead to a monthly savings of 7% in the household income.

To be a world-wide leader in reducing carbon emissions and focusing our efforts on the communities around our majestic source, Himalayan Water has partnered with Envirofit to bring cook stoves to some of these communities. Himalayan Water will aim to offset 1670 tonnes of carbon dioxide emission via this project.

Project Jalodari is TCPL’s flagship water management program with the goal to provide water and sanitation solution for communities. The project seeks to raise awareness on water management in production units and nearby communities. Project Jalodari includes water and sanitation (WATSAN) interventions for the communities in Paonta Sahib (Himachal Pradesh) in collaboration with Tata Trust and Himmothan (a Tata Trust initiative). The Project has led to the following impacts for over 20,000 community members in the vicinity of the factory and it has been awarded the CII National Award for Excellence in Water Management in 2021 under the category of ‘Beyond the fence.’

Approximately 150 million litres groundwater has been recharged in the Paonta Valley Aquifer System.
· Improvement in the soil moisture and also check soil erosion upper catchment areas.
· Improvement in the water quality of the regional aquifer due to organic practices and dilution effect; there will be significant reduction in the level of Nitrate, Heavy Metals and Bacteriological contamination.
· Decentralized water governance has been promoted through the active participation of different stakeholders like Forest Department, Forest Development Council, District Administration and local community.
· Increase in the Bio-mass after vegetative plantation in the area.
· Reduced pressure on Forest Resources due to adaptation of clean energy mechanism (Bio-Gas).
· Behavoural changes in community members towards water conservation, sanitation and hygiene. 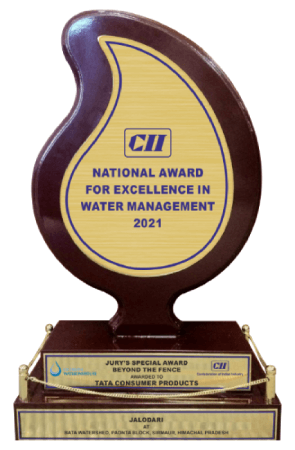